New Zealand and Tahiti won their way to the FIFA U-20 World Cup Poland 2019 with contrasting victories over New Caledonia and Solomon Islands respectively.

New Zealand needed to come from behind to earn a 2-1 victory over New Caledonia in the early match at the Stade Pater in Tahiti on Wednesday.

After debuting at a FIFA tournament last year at U-17 level in India, New Caledonia were on course for a maiden U-20 World Cup thanks to an own goal four minutes before half-time.

However New Zealand, who were missing several key players, equalised ten minutes after the break through a Max Mata header.

Willem Ebbinge then raced through on goal to score the winner 14 minutes from time to secure New Zealand’s fifth successive appearance at the tournament.

A dominant second-half showing helped Tahiti to a 3-1 win over Solomon Islands in the latter match as the Polynesians secured their second appearance at the U-20 World Cup, following the debut in 2009.

The Solomons, who were seeking to win through to a maiden 11-a-side FIFA tournament, showed promise in the first half only to fall behind as Roonui Tehau converted just moments before half-time.

Rainui Nordman doubled the advantage on 74 minutes and Eddy Kaspard scored another within a matter of minutes, before Ali Mekawir gave the Solomons a consolation. 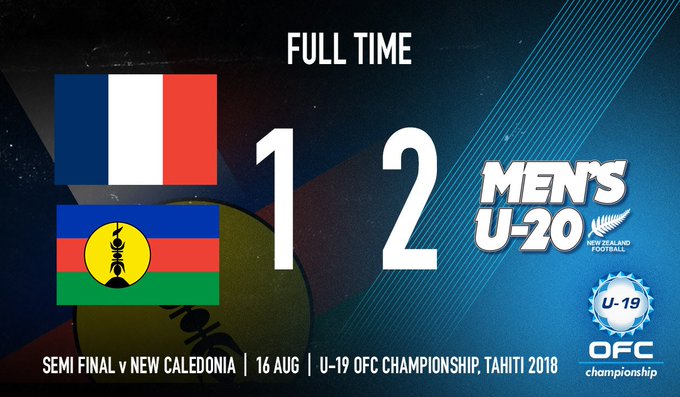