The Best of FIFA

Long regarded as a special talent, Australia forward Samantha Kerr has taken her career to stratospheric levels over the past two years.

The Fremantle-raised 24-year-old has achieved countless milestones during the past 12 months in USA’s National Women’s Soccer League (NWSL) for firstly Sky Blue FC, and this season for Chicago Red Stars. Sandwiched in between was another stellar campaign for local W-League side Perth Glory.

There has been similar success at international level, where Kerr’s record-breaking run of goals helped Australia reach a new high of fourth in the FIFA/Coca-Cola Women’s World Ranking in December 2017.

Hailing from a well-known sporting family, Kerr has long been known for her turn of pace, agility and impressive heading ability, and the cartwheeling Aussie has added consistent finishing to her repertoire in recent times.

For the second successive year, she has been shortlisted among ten candidates for The Best FIFA Women’s Player, and is one of three NWSL-based players alongside Marta (Orlando Pride) and Megan Rapinoe (Seattle Reign).

Ahead of the announcement of the final three nominees in early September, FIFA.com takes a look at some of Kerr’s achievements in numbers – both during her career and over the past year.

Currently, Kerr has totalled 53 goals in 93 NWSL matches to become the competition’s all-time leading goalscorer. Well clear of second-placed Jessica McDonald (41), the Matildas star has the best goals-per-game record of anyone in the top ten.

A flurry of goals at international level over the past year has lifted Kerr’s tally to 26 in 70 appearances, and she now sits sixth on the Matildas’ record goalscorers list.

Last season Kerr set a new high in the five-season history of the NWSL with 17 goals, eclipsing Kim Little’s previous mark of 16. None of Kerr’s goals came from the penalty spot, with the-then Sky Blue forward contributing four assists, as well as leading the league for most shots on target. 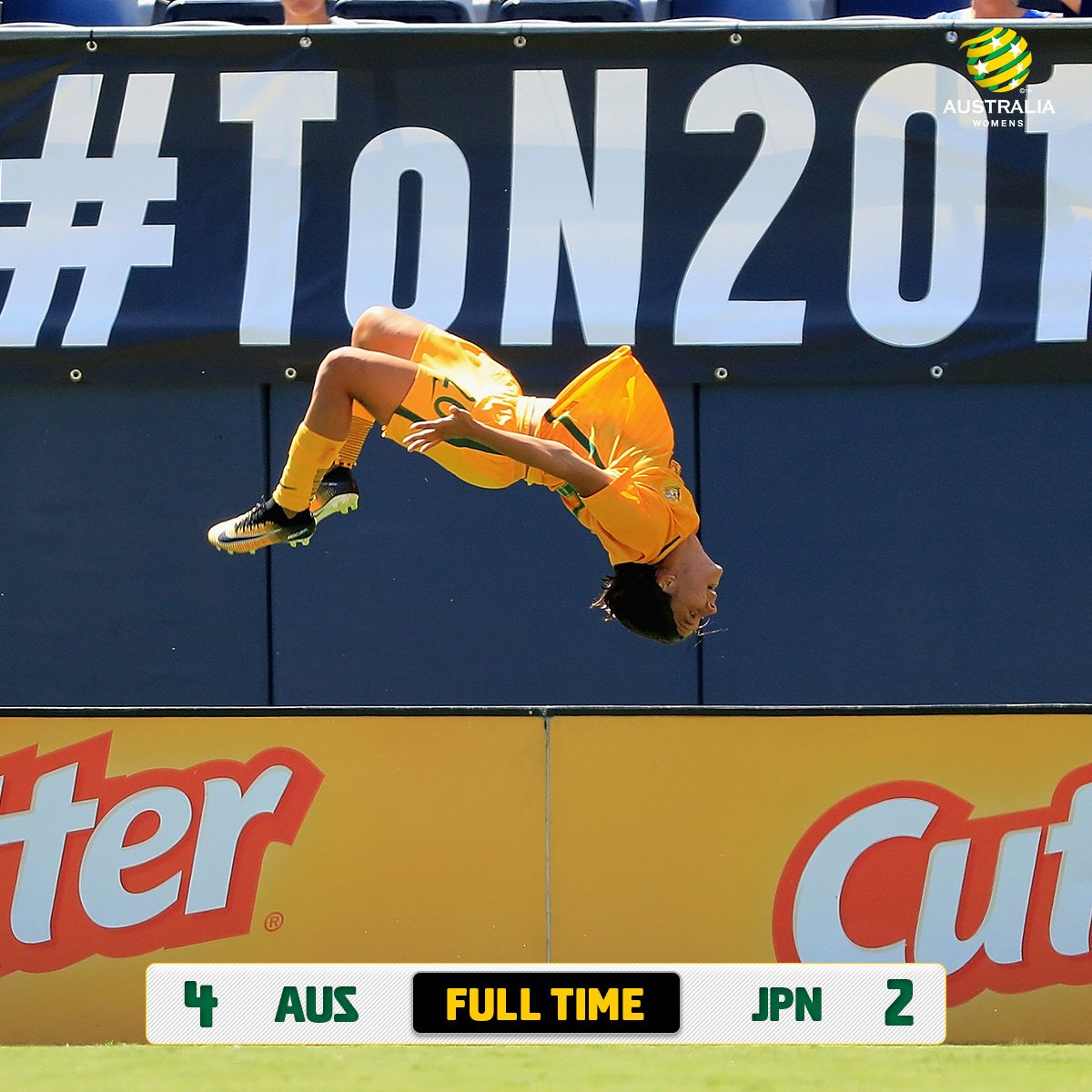 While most 15-year-olds are thinking about school exams, Kerr set some milestones a decade ago that are yet to be beaten. She remains the youngest debutant in the W-League (15y and 45d), and youngest goalscorer (15y and 88d). Kerr also debuted for Australia before her 16th birthday.

Kerr helped Australia to a national record run of eight successive wins between July 2017 and February 2018.

During that record streak, Kerr set a Matildas’ record by scoring in seven successive matches, netting a dozen goals in the process. Incredibly those 12 goals all came against former FIFA Women’s World Cup™ finalists: Japan, Brazil, China PR and Norway.

Kerr has been named NWSL player of the week on six separate occasions, more than anyone else in USA’s premier competition.

Among a plethora of personal recognition over the past 12 months, Kerr received two major awards, namely the AFC Player of the Year and the Young Australian of the Year – the first footballer to be so recognised. The Aussie was also named the NWSL’s Most Valuable Player and became the first player to win successive W-League Player of the Year awards.