African Icons take up the Role of Manager

Seedorf, who represented the Netherlands at the 1998 FIFA World Cup, takes over from the Belgian Hugo Broos, who guided Cameroon to continental glory at the 2017 CAF Africa Cup of Nations. Joining Seedorf as his assistant is fellow Dutch icon Patrick Kluivert, who served as assistant coach of the Netherlands when they finished third at Brazil 2014.

Cameroon have turned to two 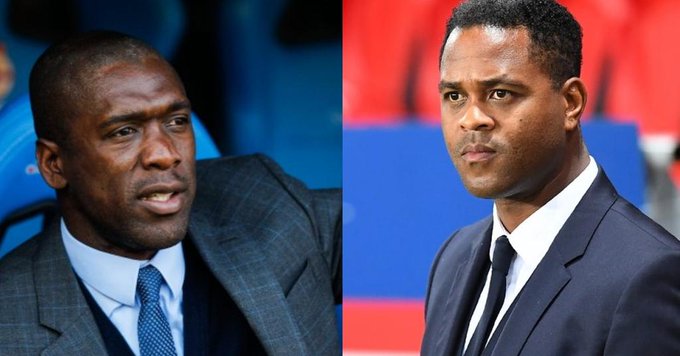 Both players enjoyed extremely decorated playing careers and hold five UEFA Champions League medals between them, as well as being team-mates when the Oranje finished fourth at France 1998.

“The two technicians, both aged 42, were chosen after a rigorous selection process that allowed the examination of numerous applications from Cameroon and abroad,” Dieudonne Happi, the president of Cameroon’s normalisation committee, said in a statement.

“Their formidable careers as professional players who seduced the whole world gives them a great experience of high level football. They are indeed ranked in the FIFA 100 list among the 125 greatest living players in history, established by Pele (in 2004).”

Meanwhile, the Tanzania Football Federation have confirmed the appointment of Emmanuel Amunike as their new national team coach.

A renowned goal-getter in his playing days, Amunike scored twice for Nigeria at their maiden FIFA World Cup at USA 1994. The 47-year-old also tasted success by winning the Africa Cup of Nations in the same year, scoring twice in the final, and struck gold at the Men’s Olympic Football Tournament Atlanta 1996, bagging the winner against Argentina.

The former Sporting Lisbon and Barcelona player also guided Nigeria to the FIFA U-17 World Cup in 2015.