Twenty million took part in qualifying. Thirty-two made it to the Grand Final. The eagerly-anticipated FIFA eWorld Cup 2018™ is set to kick off on Thursday at London’s O2 Arena, with the FIFA 18 World Champion set to be proclaimed on Saturday. Last year’s winner Spencer ‘Gorilla’ Ealing will defend his crown in the English capital, the city where he was victorious, as 16 PlayStation and 16 Xbox stars vie for the right to call themselves the world’s best. FIFA.com looks ahead to a mouth-watering three days of FIFA 18 action.

What’s new
The 2018 edition of the FIFA eWorld Cup has an increased prize pool of over $400,000 USD, with the winner taking home a staggering $250,000 USD – the highest winner prize money in competitive FIFA history.

But that’s not all. Not only will this year’s winner receive an exclusive invitation to The Best FIFA Football Awards, as enjoyed by Gorilla last year, the FIFA 18 World Champion will also be presented with a new trophy. Other new additions include a professional competition setting, a public ticketed event including VIP packages, and a full on-site eSports experience for those at the O2 Arena.

Tournament format
Thirty-two players are divided into four groups of eight – two groups of PlayStation and two for Xbox – where each player will compete against each other over a series of two games. The winner will be decided based on the aggregate score of the two games played during the match.

The top four from each group with the most points will progress to the Round of 16, followed by the quarter-finals. The semi-finals will begin in the early afternoon (local time) on Saturday, before the winner will be crowned later that day. 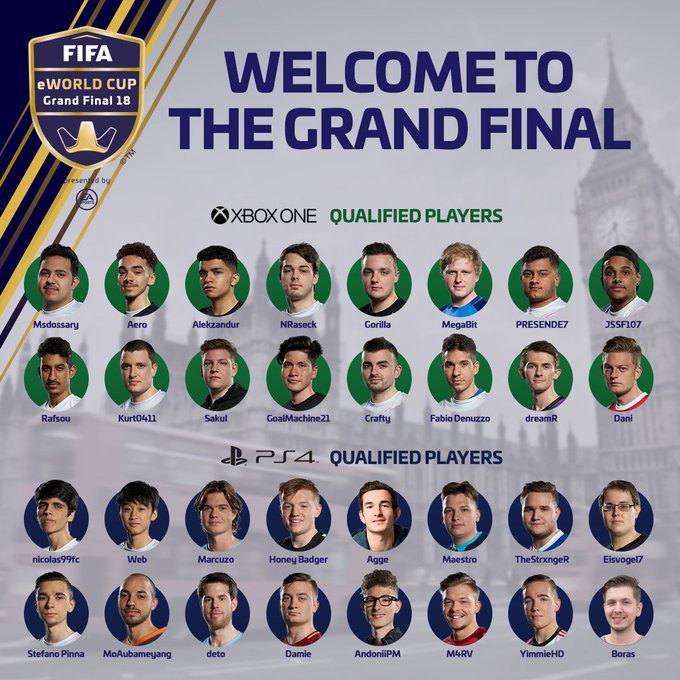 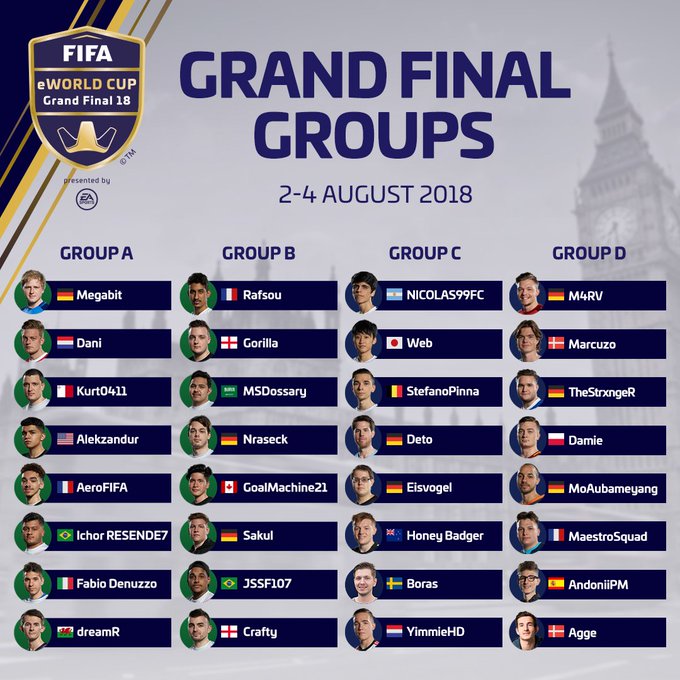 German glory at last?
A German player is yet to taste FIFA eWorld Cup glory since the tournament’s introduction in 2004 when it was known as the FIFA Interactive World Cup (FIWC). Kai ‘deto’ Wollin, who returns to London to compete in the Grand Final again this year, came closest when he reached the last two in 2017, only to suffer final heartbreak against Gorilla.

Eight German contestants are in London this year, making them by far the most represented nation at the tournament as they aim to take the prize back home. Will it be their year? Among the eight is the attack-minded Michael ‘Megabit’ Bittner, the Xbox top seed, who goes into the Grand Final having finished top scorer at the EA Sports Playoffs in Amsterdam with an impressive 75 goals. The VfL Bochum 1848 eSports player is certainly one to watch in London.

Global tournament
From Europe to Oceania, Asia to the Americas, the 2018 FIFA eWorld Cup has a truly global feel. Eight players from outside of Europe will be hoping to end the continent’s dominance at the tournament, with inaugural winner Thiago Carrico de Azevedo (Brazil) and 2015 champion Abdulaziz Alshehri (Saudi Arabia) being the only non-European winners at the tournament.

Among those eight is Argentina’s Nicolas ‘nicolas99fc’ Villalba, PlayStation’s top seed and one of the title favourites, and Saudi Arabia’s Mosaad ‘Msdossary’ Aldossary, the winner of April’s FUT Champions Cup in Manchester. 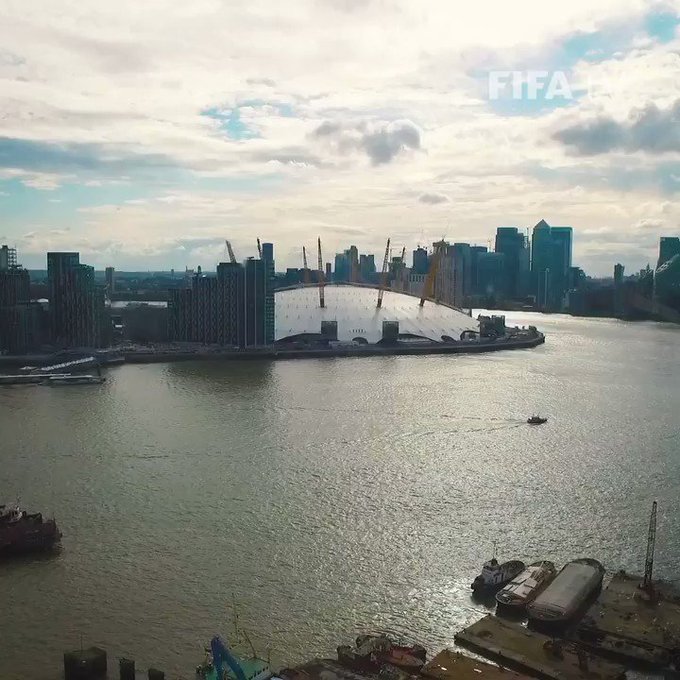